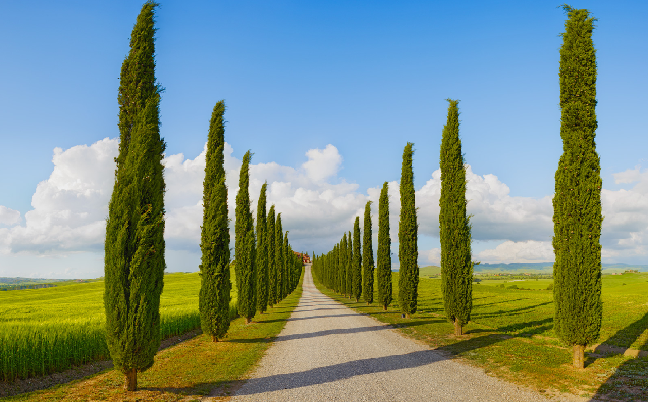 The cypress tree was a symbol of death and the underworld to the ancient Romans 1. It is a hard wood, so it was suitable for sarcophagi and was often planted in cemeteries because of its association with funerary practices 2.

Cypress was also present on the island where Diana and Apollo were born:

“On the same coast [of Ephesos, Asia Minor], slightly above the sea, is also Ortygia [an island which in rivalry with Delos, claimed to be the birth place of Apollon and Artemis], which is a magnificent grove of all kinds of trees, of the cypress most of all . . . here is the mythical scene of the birth [of Apollon and Artemis].”(Strabo, Geography 14. 1. 20 (trans. Jones) (Greek geographer C1st B.C. to C1st A.D.)3

Not only was the cypress sacred to Diana and Apollo, but it was also important to the god Asclepius whose staff was made of cypress wood 4.