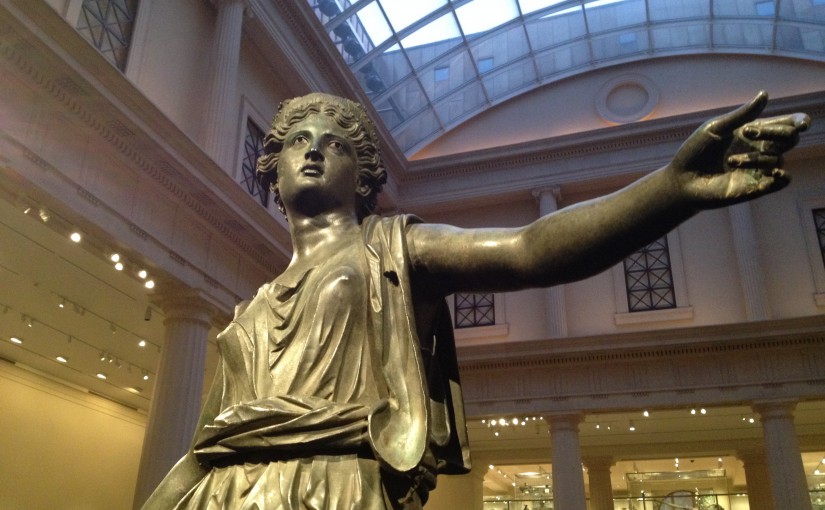 The Roman goddess Diana is a complex deity.

She is Diana the huntress, Selene the moon, and Hecate queen of the underworld.

She is a triple goddess with multidimensional aspects that ebb and flow with the tide.

As the Roman Empire expanded, so did she, acquiring epithets and associations along the way, yet always looking back to her identity as a goddess of the hunt, the moon, and the underworld.

Not only is Diana transitory at her very core, but she oversees transitions in the lives of her worshippers.

She is a goddess flux, but just like the moon has its phases as it orbits the earth, Diana waxes and wanes but never fully disappears.