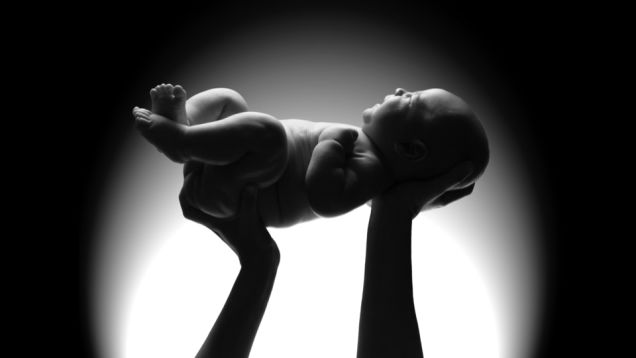 She [Diana] is invoked at childbirth because the period of gestation is sometimes seven or, as more often, nine revolutions of the moon, which, because they complete measured spaces [mensa spatial] are called months [menses]. 1

Female menstruation is on a monthly cycle, just like the moon, so the ancients thought the two were connected. They believed the moon controlled life and death as well, and as quickly as a baby was born, a mother could die in childbirth, which was unfortunately often the case 2.

In the end, the moon goddess was called on at the birth of a child because the moon governed birth, death, growth, and decline. – Cicero 3

In the Story of Cinyras and Myrrha in Ovid’s Metamorphoses, Myrrha calls on Diana Lucina after being transformed into a tree as punishment for sleeping with her father and becoming pregnant with his child:

“To call Lucina: like a woman in labor the tree, contorted, cried and wept; the goddess stood near in pity, reached out helping hands, sang charms to aid the birth, and the tree cracked open, the bark was split, the burden loosed, a baby gave his first cries, and naiads cradled him on the soft leaves, and used his mother’s tears to wash him.” 4

Diana was called on in times of transition, including the transition from maiden to mother that occurs during pregnancy. At her sanctuary in Aricia, anatomical votives of wombs have been found, left by those who worshipped Diana and sought her help with their pregnancies.